It is worthwhile to note that sometimes even if it looks/smells/ swims/quacks like a duck – it may not actually be a duck. Maybe it hid by the river and stared at a duck for a really long time and thought to itself “hell, I could pretend to be one”. Perhaps it went to a duck university. Or ransacked a duck supermarket.

All the duck juice – shockingly, just gone. And now the world is convinced that it belongs to the Anatidae family.

Not shocking whatsoever is my understanding of human behavior that some people hide more than they let out about themselves. Especially, in the digital world. 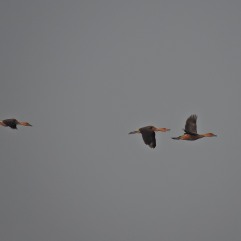 Their hips may not lie, but their social profiles don’t always speak the truth. They may claim to be passionate about a variety of consumable topics. From subversive art forms, nomadic-styled traveling, social welfare to feminism, animal rights, political dissonance and poor people who suffer outside the borderlines of their cities or countries.

They may even feign some sort of conversational knowledge about it. But the reality may be that they subscribe to communal thinking to be perceived as being intellectual or altruistic. There is a chance that they may be stalking you too. Google is their best friend, teacher and love guru.

It’s why someone who likes the same band, movie, book or social cause that you do might be a sociopath. In rare cases, a lunatic with a soft corner in his / her poorly-ventilated basement for your vital organs. Kidneys aren’t cheap.

Friends have told me about their first-time encounters with people they have only connected with online. It had been going so well until they decided to meet each other in person. And then, the experiences have ranged from awkward and befuddling to frustrating and creepy.

Unfortunately, it can be cumbersome to go through the day without being able to trust those around us. It may not even be worth the tiring effort. But it is imperative to stay cautious. Leave the rest to instincts and common sense.

Ducks can be trusted. Given how noisy they are, it is hard for them to catch us by surprise.

People though can be sneaky. Unless you spend time with them. Get to know who they are, beyond the facade of accumulated knowledge or the facsimile of borrowed wisdom. That way, you won’t put yourself in a position to be affected by such foolery. Or you will at least see it coming a mile away.

However, if you spot a bird that looks like a duck and quacks like one, be rest assured. It is probably a duck.

50 thoughts on “Catfishing in digital waters: What the quack?”